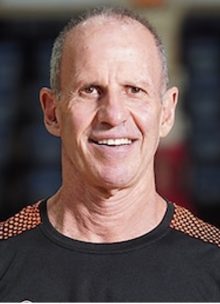 Landing in Australia in 1977 to play for Lindsay Gaze and the Melbourne Tigers, Brian was an inaugural member of the Tigers NBL team in 1984. After retiring as a player soon after, Brian answered the call to coach the Eastside Melbourne Magic in 1988 and subsequently forged arguably the most successful coaching career in NBL history.

He was the first coach to deliver three consecutive Championships, leading the Sydney Kings to three titles from 2003 to 2005. His national record demanded a call-up to the international level, and Brian served as Head Coach of the Australian Boomers for 115 games between 2002 and 2008, including the 2004 and 2008 Olympics Games, the 2006 Commonwealth Games, and 2006 FIBA World Championships.

In 2020, Brian returned to Australia to Coach the Illawarra Hawks in the NBL and as head coach for the Australian men’s national basketball team for the 2020 Sumer Olympics and 2023 FIBA Basketball World Cup.

Before returning to Australia in recent times to coach, Brian had been working in China continuously since 2009 coaching in the CBA (Div1) Basketball League. Five seasons as Head Assistant Coach with CBA clubs Zhejiang Guangsha Lions, the Xinjiang Flying Tigers, the Shanghai Sharks and the Guangdong Tigers. Before then, he was the Head Coach of the Dongguan Leopards (now known as the Schenzen Leopards) for 5 seasons. Each year, all these teams made the CBA Finals (Div 1).