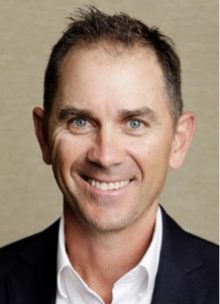 Justin Langer is the current Australian Cricket Head Coach and was one of our greatest top-order batsmen.

Along with Matthew Hayden, Justin formed a hugely successful opening partnership, which ranks as the best in Australian history and featured six double century stands. Justin and Matthew drew much satisfaction from their combined efforts and often described their on-field partnership as a “team within a team”. It was therefore fitting that when Justin played his last game for Australia in the final match of the 2006/07 Ashes Series both Matthew and Justin were at the crease to score the winning runs which returned the Ashes to Australia.

Justin was an integral member of what has been described as one of Australia’s “greatest ever” Test teams, and the side’s 5-0 victory over England in the 2006/07 Ashes series has only ever been achieved once before by an Australian team in the past 80 years.

For most of his career Justin has played with some of the legends of Australian cricket  – Steve Waugh, Mark Waugh, Shane Warne, Glen McGrath, Ricky Ponting, Adam Gilchrist, Mark Taylor and Allan Border,  just to name a few.

Whilst Justin retired from Test cricket in early 2007 he continued to play domestic cricket for Western Australia and in English County Cricket as Captain of Somerset.

Justin is patron of The Make a Difference Foundation, Solaris Care, Jason McLean Foundation, Children’s Leukaemia & Cancer Research in Western Australia, and an ambassador for the Peel Health Campus, The Fathering Project and the Jack Dunn Foundation. He was named as a Member of the Order of Australia (AM) for his services to Australian cricket and the community in the 2008 Queen’s Birthday Honours List. In 2014 he was named Western Australian of the Year for Sport.